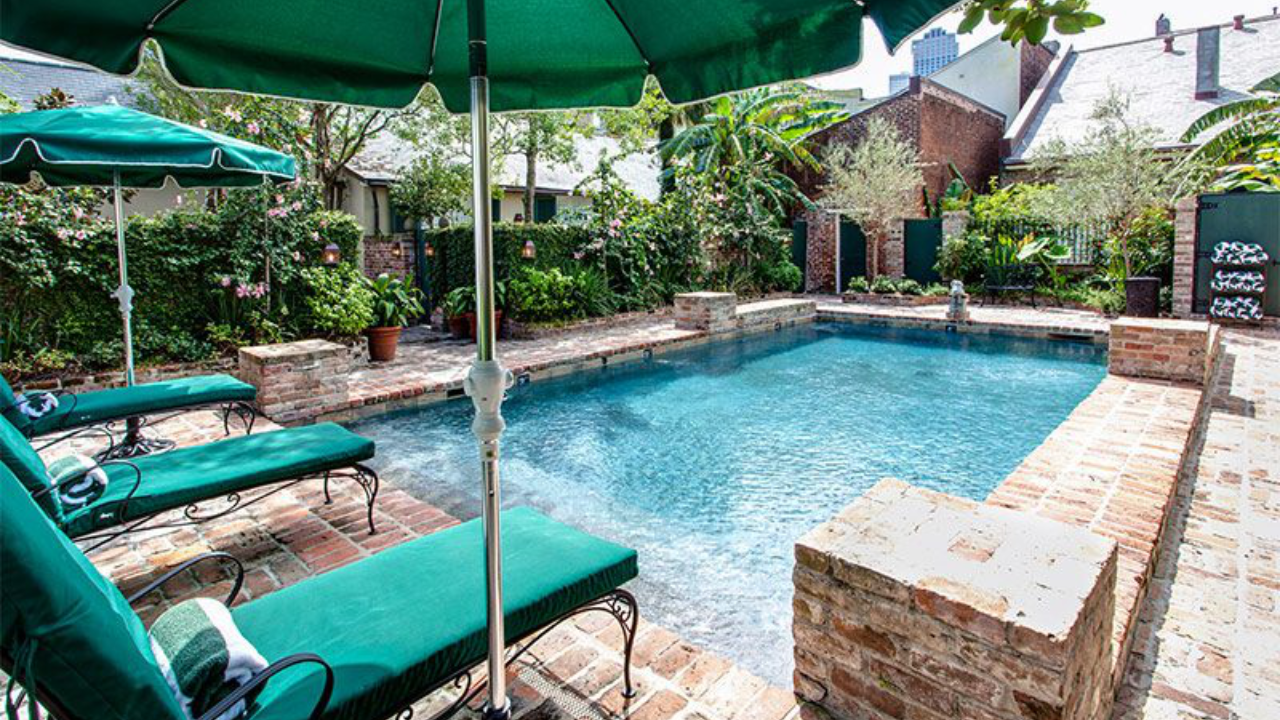 There are a couple of hotels in town that can claim Liz Taylor as a regular guest. When she
Stayed at the Maison de Ville on Toulouse Street, the legend is that she would keep the restaurant opposite on 24-hour standby, just in case she had a craving for their fish entrees at 3am.

She also stayed at the Audubon Cottages on Dauphine Street fairly often, enough to have a favorite cottage, in any case. It was at the back of the complex and she would reportedly set up a defensive line of assistants to obstruct anyone who wanted to see her without due warning. The story is that one of them once asked her, “Should we even stop your husband?” Without missing a beat, Liz replied, “Especially him!”

The cottages were where the A-list stayed back in the swinging 60s, and after a period of disrepair, they were smartly refurbished and relaunched in the 2000s. There’s a feeling of imminent enchantment as you step through a nondescript door from Dauphine street.

A small alleyway, framed by exotic greenery and trees, leads you into the property and opens up into a mesmerizing courtyard. Red brick and yet more foliage competing for space around the bijoux pool. Various gates lead off this central space and into private courtyards of their own, hidden by walls and trees that elevate the promise of exclusivity even further. The cottages themselves blend historic character with modern trimmings.

Guest arrival is expertly coordinated a few days in advance as you’re put in touch via email and text message with your butler-cum-host. Once met at next-door sister hotel, the Dauphine Orleans, you’re walked to the cottages and checked-in in comfort. A host is always on call for any needs that arrive. The much-vaunted pool is reportedly the oldest in the French Quarter (and, presumably, the city) and the saltwater and all-round ambience of serenity make for a supremely relaxing place to take a dip. There’s a cute pool house with self-service refreshments that’s open most of the day, too.

I stayed in Cottage Two, a two-bedroom suite with its own private courtyard, ensuite bathrooms and a whirlpool tub. The courtyard has wrought-iron furniture and its own water feature, a pretty idyllic spot for an evening cocktail. The hardwood floors and looming antique portraits on the walls are the most striking features, though the wooden furniture also features period pieces, and there’s a refrigerator stocked with water, ice and soft drinks. The bedrooms have a rustic opulence about them, soft greens contrasting with the notably more modern black granite of the spacious bathrooms. A walk-in shower and double sinks complement the tub.

The cottages vary in size but mostly offer the same core amenities - a couple have shared courtyards and Cottage Four is set across two floors. Sadly, there isn’t a restaurant, and though most of us can’t keep any neighboring eateries on 24-hour call, you’re close enough to most of the Quarter’s best dining spots. The cottages are a great place to indulge your escapist side, and it’s easy to fall into an A-list mood, unbothered by the tourists, the world in general, and husbands if you’re insistent enough.