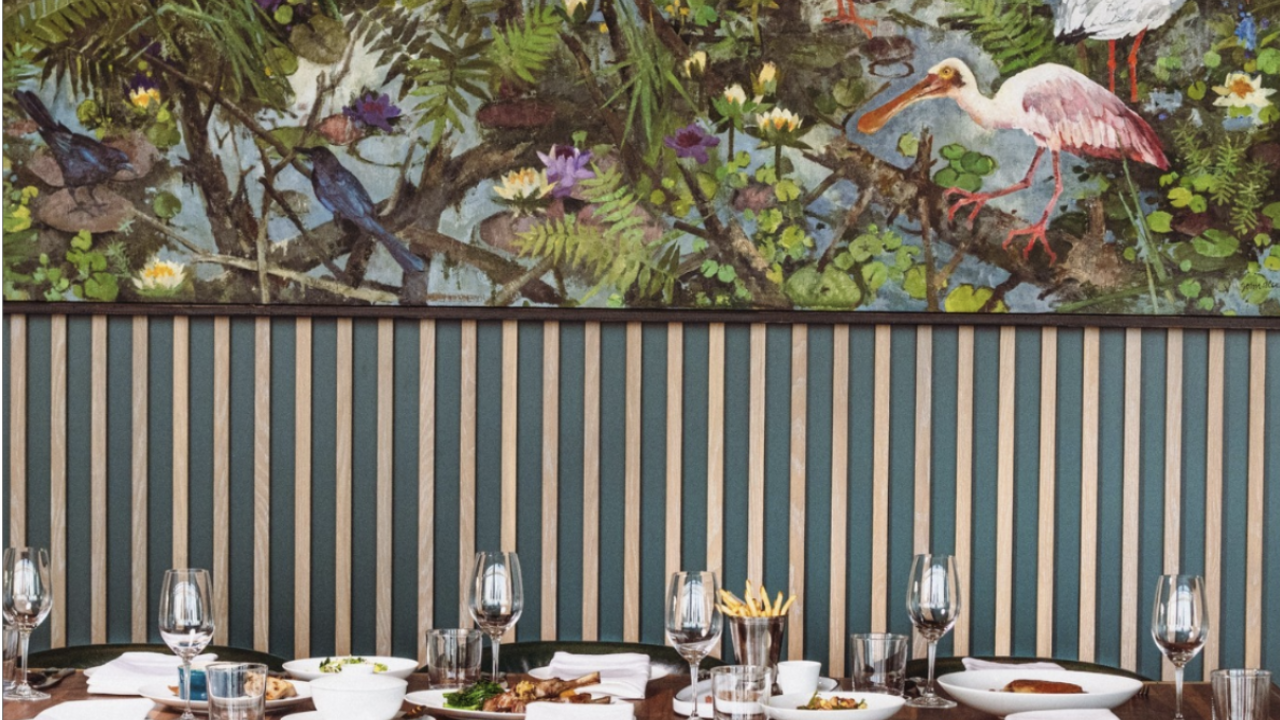 It’s always a good sign when a restaurant’s sommeliers really take the time to make sure that the bottle of wine that they’re about to recommend is the one that complements your table’s assorted entrees. We’re at least five minutes into the discussion here. Two of Chemin a la Mer’s wine experts are involved in the negotiations, photographs of vineyards in the Canary Islands have been retrieved from cell phones and there has been a cursory discussion of igneous soils. I think we’re in safe hands.

Almost 40 years into a career that has built success upon success, Chef Donald Link has opened his first hotel restaurant, a new venture that sees him nosing out of the comfort of his own Link Restaurant Group (LRG). Lest we forget, this empire consists of some of the most highly-regarded food joints in town -  Herbsaint, Cochon, Cochon Butcher, Pêche, La Boulangerie, and Gianna. Those alone are spicy, as they say, meatballs.

Chemin a la Mer (possibly a pun on the French card game Chemin de Fer?) is located on the fifth floor of the relatively new Four Seasons Hotel. In English, the name means ‘The Pathway to the Sea’, and it’s this pathway - the mighty Mississippi - that really commands the space, not least via the outstanding river views from the terrace.

Before the meal, myself and my friends were trying to put our fingers on the interior design in a way that people with absolutely no expertise on the subject might. Restrained nautical? Contemporary rustic? But on sober reflection, it’s Mississippi River chic, the natural landscape reflected in everything from the shape of the bar to the paintings of herons and spoonbills.

The sun is setting over the riverbend as we look at the menus, ships performing that slow, Tokyo Drift-style lurch around the sharp corner that welcomes the river traffic to New Orleans. The restaurant touts ‘oyster bar, steak, seafood’ as its stocks in trade and though the steaks sound delightful, I think the riverside location subliminally nudges us towards the aquatic side of things.

A selection of oysters brings the best bivalves from around the country, including some Gulf Coast options. The blue crab boulettes come out with a tangy remoulade sauce and a healthy pink plate of mortadella completes the appetizers. My friends continue down a somewhat nautical path with delicate white fish and a hearty duck confit, and I go with a perfectly-seasoned chicken breast that comes with the umami punch of incredibly good morel mushrooms.

The wine dilemma, then. Something that can handle these disparate flavors. After a healthy debate and a lesson on esoteric vineyard geographies, AJ and Emily guide us towards a Greco di Tufo, a wily white grape from Campania, born from rugged volcanic vineyards around Naples. Look, these grapes grew up in a tough neighborhood, and they have the minerals to take on anything. I’m not a wine writer, so let’s just say it was delicious, and perfectly chosen.

Our fellow diners - everyone from the buttoned-down Uptown crowd to the young couple in death metal t-shirts - had an air of relaxation about them. It’s one of those places that makes you feel like you’re on vacation, even if you’re from here. Something to do with the sea/riverside location and the estuary-romantic design, perhaps. Chef Donald has explored almost every other culinary avenue so expertly, if this is the missing link (nothing like some clumsy wordplay to end a review), then it’s a welcome one. Let his latest gastronomic pathway guide you to a great meal, and some equally memorable views.
Paul Oswell