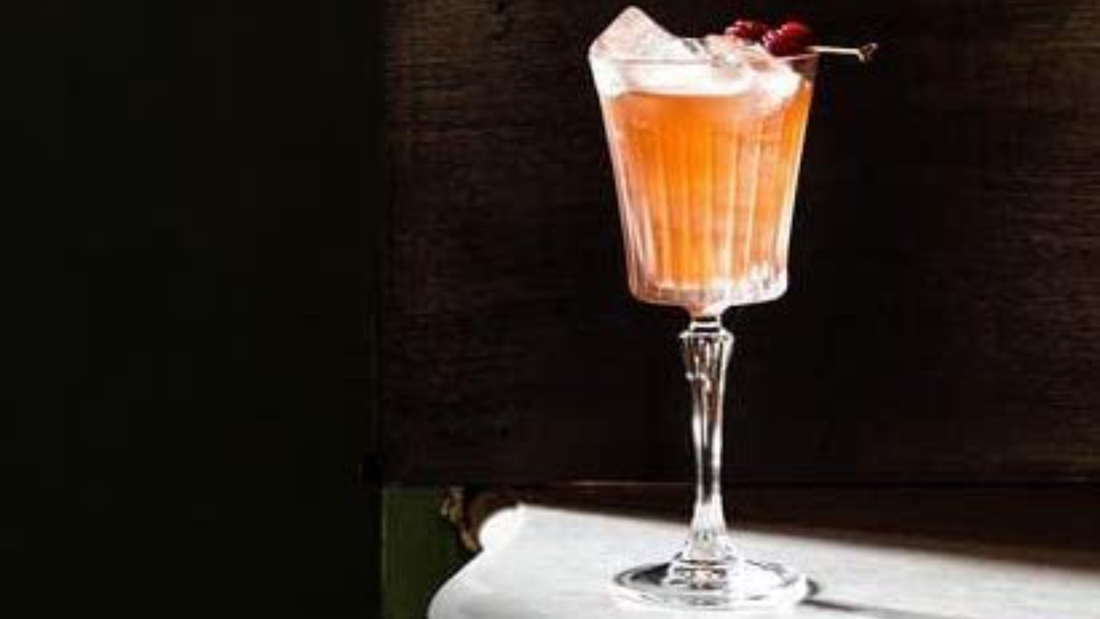 Although I still sometimes wander into the more exotic sections of a cocktail menu, I had a phase a few years ago where I was a (likely quite annoying) try-hard amateur enthusiast. I’d check out craft cocktail bars in any cities that I visited, I went to Tales of the Cocktail, and I assembled a fairly decent home bar.

I was dating a bartender and had them teach me a few basics, as well as some slightly more advanced drinks, such as the Ramos Gin Fizz. If you’re not familiar, this is one of those dairy-based drinks with egg white and heavy cream (plus esoteric additions such as orange flower water) that seems to be as divisive as it is, at least to me, delicious.

There’s a delicate balance of several ingredients and it entails two bouts of shaking, one of which doesn't count unless you've worked up a red-faced sweat. Anyway, one of the main allures is that - like a Brandy Milk Punch or Mimosa - you can drink it at breakfast without any hint of shame or expectation of derision. My own personal results were…well, let’s say mercurial to be diplomatic.

In those heady times, I spent most Sunday afternoons with my friend Kevin at the bar Cure on Freret Street. It was a perfect time to go, without the crowds of a Friday or Saturday night, but busy enough and with time to chat with whoever was working about what drinks they’d invented that week, or ask what weird spirits we could have a cheeky snifter of.

Cure was opened in 2009 by Neal Bodenheimer, the first of a number of ventures across the city, but then the first stand-alone craft cocktail destination bar in a city that is largely considered to be the cocktail’s spiritual home. Bodenheimer is a native son of New Orleans, who was living in New York until he returned shortly after Hurricane K.

He has since opened Cane & Table, Vals, Peychaud’s and a bar called Dauphine’s in Washington DC. He has also somehow found time to be the co-chair of the Tales of the Cocktail Foundation, the booze industry convention that’s enjoying a fresh lease of life these past few years since he co-took over.

His new book, Cure: New Orleans Drinks And How To Mix ‘Em may sound cockily titled, but if anyone has the chops to back up this directive, it’s Bodenhiemer and the bevy of star bartenders that have contributed their own recipes. There are dozens and dozens of beautifully photographed (by Denny Culbert) drinks here, organized by genus, with slings and sours, flips and fizzes, Manhattans and Martinis.

But it’s not just a recipe book. Bodenheimer relates a few entertaining histories, for there’s many a cocktail mythos that begins in New Orleans. For the above-mentioned favorite of mine, for instance, there's an aside called ‘Henry Ramos and Cocktails as a Force for Good’. It details some of Bodenheimer’s personal philosophies, which act as a kind of garnish to the main body of the book.

It’s a generous directory, too. Bodenheimer shouts out his favorite bartenders, Mardi Gras traditions, restaurants and dive bars, not just his own establishments. There’s also a healthy peppering of guest experts - from L Kasimu Harris on preserving the city’s historic black bars to Annene Kaye-Berry and Jeff Berry (owners of tiki bar Latitude 29) on New Orleans’ connection to tropical cocktails.

Ways to make syrups, what kind of ice works well, the best bar snacks and a suggested cocktail bucket list are also included. It’s a pretty comprehensive guide, all in all, and it might take you months to make each cocktail in the book, from the classic Martini to the weird and wonderful outer fringes of Cure bartenders’ imaginations.

Local history, present day analyses, insider insights and tasty recipes - it’s all in here. Maybe I’ll take another run at perfecting that Ramos Gin Fizz. Now, if I can just remember where I last left that bottle of orange flower water…