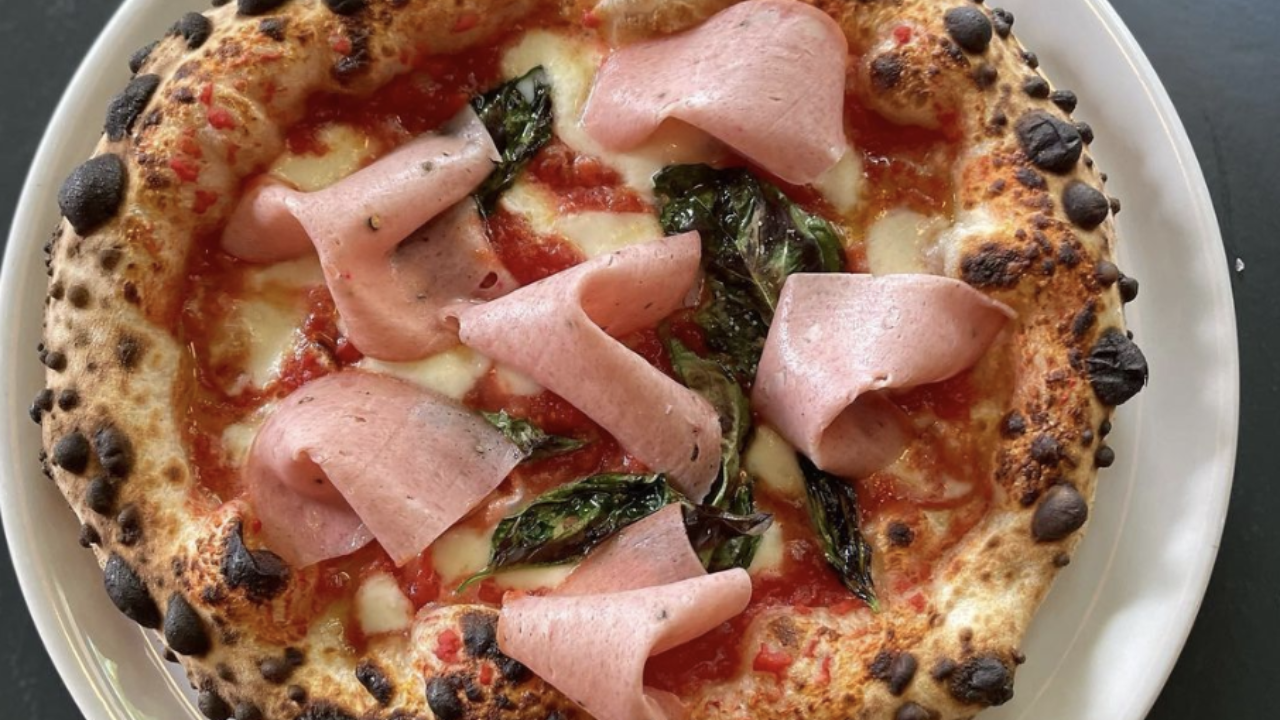 When the food hits your eye: the pizza pie at Margot's
Margot's

As a Brit transplant, it’s always amused me that here in America, you’re expected to pledge allegiance to a style of pizza as seriously as you do to the flag. My god, the arguments I’ve witnessed as people get into stand-up rows about New York/Chicago/Detroit/Anchorage (probably)-style pies and who rules the roost.

Me? I’m a pizza dilettante and proud of it. If it’s baked well and has cheese and tomato sauce, I’m jamming as much of it into my digestive system as I can. That doesn’t mean I don’t have standards (I’m looking at you, Papa John), it just means that I can go thin and crispy or dense and doughy. I’m very adaptable.

Anyway, enough people had gushed about Margot’s for me to be intrigued. If New Orleanians are cornering you in a bar to talk about how good a certain pizza is (not a food we’re known for as a city), then I’d hold that it’s a good sign. Another good sign is a swathe of people lining up to get into your newish, no-reservations joint even though you’ve only been open for an hour that day. A physical representation of ‘the buzz’. Go early, what can I say?

Margot’s is on Frenchmen Street, but not in the depths of the jazz melee - it’s further up, in the bit where people live. The dining room is compact and bijoux but thoughtfully designed, and there’s a dynamic ambience, with the visible kitchen (including an impressively imposing oven) and bartenders busily sending out cocktails. I don’t want to reduce it to a TV trope but if you watched The Bear, it’s not a million miles away from that energy. But with pizza. Eh, they’ll probably hate that comparison but I’ve been awake for 24 hours and I’m on an 11-hour layover so cut me some slack.

What I’m saying is that the place just has an effortlessly cool indie edge that isn’t anywhere close to the try-hard hipster aesthetic that a lot of places go for. It’s more just a ridiculously assured personality. Margot’s feels like it knows what it wants to be without pandering, and that’s an attractive quality. The character shines through everywhere from the esoteric wine list to the punk rock flyer-lined bathrooms.

It’s always a good sign when you run into friends and I ran into a comedian, a musician, and a comic book writer that I knew, all within the time it took to eat dinner. It’s a cheek-to-jowl, elbow-rubbing, boisterous kind of dining room, lively without being obnoxious. You get the sense that even people eating here for the first time are comfortable in the space, and in all the best ways it feels like it’s been here a long time, even though it’s a newcomer.

The owner and driving force behind the spot is Brad Goocher, a man with a mission who spent some five years renovating the place. BG has a cocktail background, reflected in the charmingly cocky drinks menu. Classic tipples are given a deft but accessible twist: a Gibson made with olive oil gin, a rhubarb Old Fashioned, a passion fruit Gimlet. Let’s be clear, though, Brad loves negronis, and they’re the foundation of the cocktail list. Half a dozen variations vie for your attention. The wine list is way more comprehensive than you would imagine a pizza joint this size would offer, with small producers from France and Italy mixing with New World big hitters.

I guess we should get to the food, though, since they’re pretty committed to it and all. Here’s the upshot: Margot’s is laser-focused on pizza. You want a page of sides to choose from? Go to the Cheesecake Factory. Here it’s two salads and they’re both delicious, don’t even worry about it.

The headline is this: eight pizza options, all wood-fired and cooked in around two minutes at a searing 850 degrees, coming hot out of the oven with a blistered sourdough base, perfectly chewy and crispy at once. That’s quite a tightrope act, but when you decide to get great at one thing instead of spreading yourself thin trying to please everyone, that’s the kind of standard you can hit.

The choice includes the classics, of course, with Margherita, Pepperoni, Italian Sausage all lining up like old friends. A surprise hit, though, has been a Cavoletti with shaved brussels sprouts and ricotta and a Zuccha with sliced zucchini and a horseradish lime crema. Bold choices that are paying off nicely. The kitchen makes a concession with the additional toppings, which include capers, farm eggs, and, my personal favorite, boquerones (white anchovies). Listen, I am a fiend for boquerones and when that saltiness hits with the bitterness of a mouthful of Negroni…just don’t talk to me. Don’t even look at me. I’m somewhere else during these moments.

I imagine it’s very hard to stand out as a new pizza spot in town. The only way is to maybe spend five years thinking about the final product and then delivering on it with confidence in your choices and an aesthetic that reflects who you are.  Margot's is pretty much nailing that.