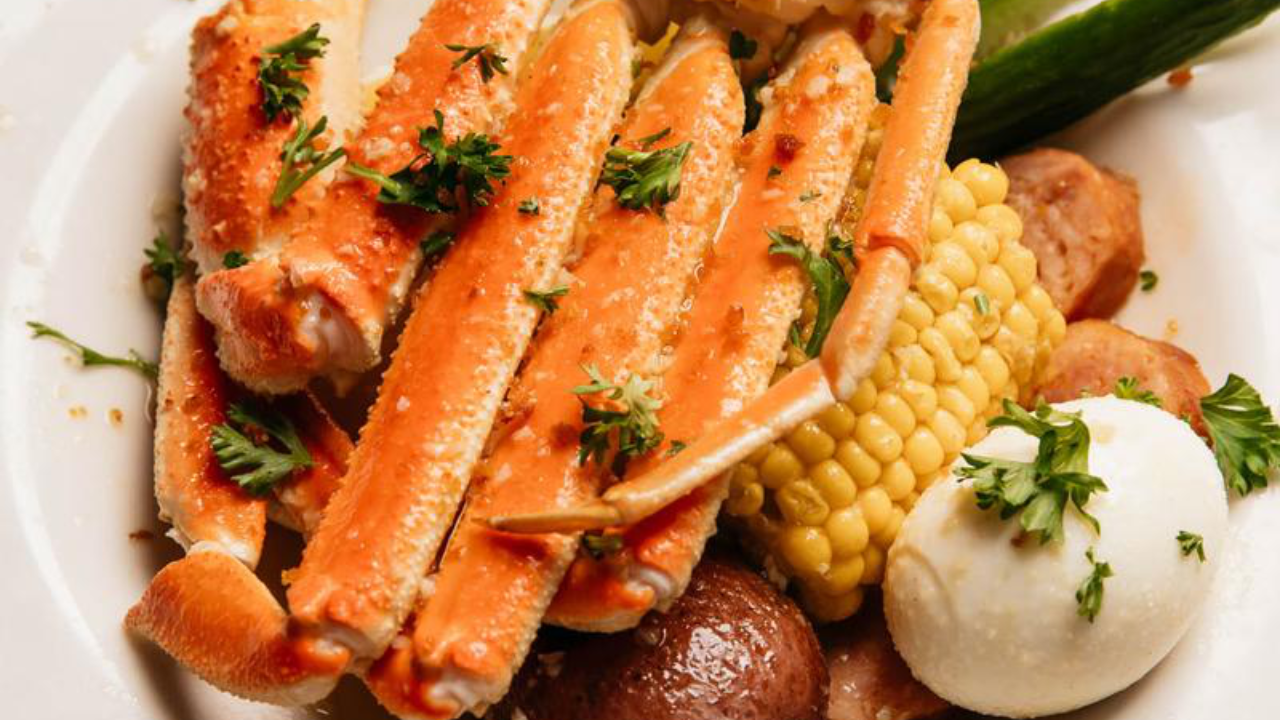 Cooking seafood in New Orleans is like juggling - it should only be done in public by those who can demonstrate expert levels of proficiency. The rumors in this arena about relative newcomers Mukbang and their exhibitionistic proficiency were too intriguing to ignore, though, so an Uptown trip was arranged. I had the hopes of seeing the culinary equivalent of three chainsaws and a bowling ball being skillfully tossed around.

So, the name? If you’re not terminally online, you might not recognize it, but it’s a nod to the Korean word that describes the trend of performative eating videos on Youtube and TikTok. I don’t think anyone online actually juggles food, but they eat a lot of it in a short time.

The large, high-ceilinged space on Oak Street delivers what modern food writers have decided is ‘Industrial-Romantic’ chic, with exposed brick and visible air vents, but done in a thoughtful way that forms a coherent aesthetic. There are open tables and booths, and large rolls of paper towels at each table, hinting at the decadence to come.

When they opened, restaurateur Kim Nguyen and her husband and partner (and chef) Luu Tran saw people sitting down to eat shrimp and crab with knives and forks and thought: OH, HELL NO. What they’ve done is create an environment for people to get just a fun enough amount of messy. It’s a place to eat with gusto, dammit. As the late Anthony Bourdain said, “Stop worrying about how your breath's going to smell, whether there's butter on your face, or whether ordering the braised pork belly will make you look fat. Eating with abandon couldn't be more of a turn-on: it shows that you're comfortable with yourself.”

So, abandon all formality all ye who enter here. If an uptight Brit like me can do it, you should have no problems.

Down to the food. We start out with some degree of relative delicacy, tucking in to some absolutely delightful garlic noodles, tossed (maybe even juggled) and doused to perfection. To go with them, there’s very crispy and then immediately creamy crab rangoons, plump with crab meat and honestly I could have eaten three plates of just these. The Mukbang Fries come with a punchy, spicy seasoning and piquant Mukbang sauce.

The main event is a seafood feast that we kind of cobbled together because we couldn’t whittle down what we wanted to try. It’s delivered on a huge platter, with gloves for us and a bowl for scraps. A gastronomic demolition job is very much on the cards.

A hulking blue crab is ripe for ripping apart, which we do so with enthusiasm, as much for the glorious garlic butter as the sweet crab meat itself. The bold spices of the boil permeate the accompanying potatoes, corn cobs and sausage, with pepper and lemongrass and Cajun spice also vying for attention. Fried shrimp and juicy mussels complete the feast. We didn’t even get to the poboys.

At this point, we’re surrounded by paper towels that look like they came from cleaning up a scene from Reservoir Dogs if it had been set in an aquarium. Or a literal reservoir, I suppose. Long story short, there’s shellfish debris and boil juices everywhere in the best possible way. The tireless staff deal with the carnage and keep us hydrated with aplomb.

At the end, we felt debaucherous, but without any guilt at all. This is how Henry VIII must have felt after he tore through a wild boar carcass in the royal court without anyone to restrain him. It’s ridiculously satisfying, both gastronomically, and performatively. Mukbang are pulling off a juggling act, from a high wire and without a safety net. Come and be a part of it, but don’t wear your best silk shirt.