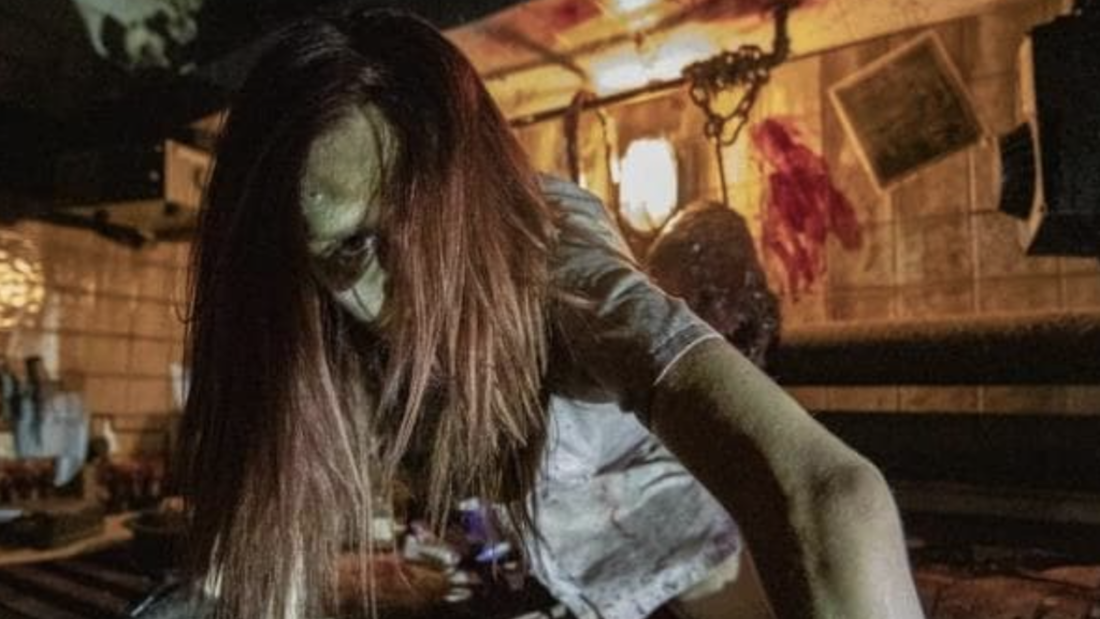 ​Hell's kitchen: fighting off the undead at a Halloween Haunted House
‘Tis the season to wander around derelict-looking homes and be creeped out by their weird-looking inhabitants. No, we’re not talking about looking for a house share in the Bywater - it’s haunted house season here in New Orleans. The city famously goes all-in on Halloween, and as well as the Krewe of Boo taking place downtown on October 22nd, there’s a selection of haunted house experiences to try if that’s your seasonal bag. Here’s a list of where to find them and what to expect:

New Orleans Nightmare
319 Butterworth St, New Orleans, LA 70121
New Orleans Nightmare returns for its fifth year since taking over the former House of Shock location near the Huey P. Long Bridge. Voted in the top 13 haunted houses in the country by viewers of the Discovery Channel. This haunted house features three new attractions this year: Outcast Carnival, The Bloodrite and Chop House.
Website

The Mortuary Haunted Mansion
4800 Canal Street, New Orleans, LA 70119
Formerly a funeral parlor and crematorium, this year marks a 150th-anniversary milestone for this suitably eerie Mid-city venue. Since The Mortuary first opened its doors as a haunted attraction in 2007, it has been featured on the top ghost hunting shows including Discovery Channel’s Ghost Lab, Syfi Channel’s Ghost Hunters.
Website

Zombie Paintball Hunt
11075 Nicolle Blvd, Avondale, LA 70094
A new concept in local haunted houses appears for the first time, as NOLA Motorsports Park partners with New Orleans Nightmare for a zombie-themed experience called Zombie Paintball Hunt. This ride lets you fight back somewhat, as guests shoot at zombie stations and targets while riding a bus. Each guest is assigned a spot on the bus with a paintball gun mounted to the window, and they can let rip on those undead.
Website

The 13th Gate
832 St Philip St, Baton Rouge, LA 70802
Yes, it’s a drive to this house in Baton Rouge, but it’s so highly regarded that fams may want to make the journey. The attraction promises ultra-realistic nightmares, and that’s not just the traffic jams on the I-10. Guests must find their way through 13 nightmarish realms, “where their worst fears come true, and anything can happen”.
Website

Bernie Baxter’s Traveling Sideshow
44 Vivian Ct, New Orleans, LA 70131
This neighborhood haunted house operating in Algiers will reopen this Halloween season for the first time in three years. Fright lovers can look forward to a theme that the operators call ‘Rotti’s Repossessions’ with “guaranteed screams”, though the house only operates on limited days, this year from October 28th to 31st.
Website

Kraken House
6574 Memphis St, Lakeview, New Orleans, LA70124
Not really a haunted house, but a superbly-decorated property in the style of the ‘house floats’ that sprung up over the pandemic.
Instagram
​
MORE RESTAURANT REVIEWS!
Copyright © 2022