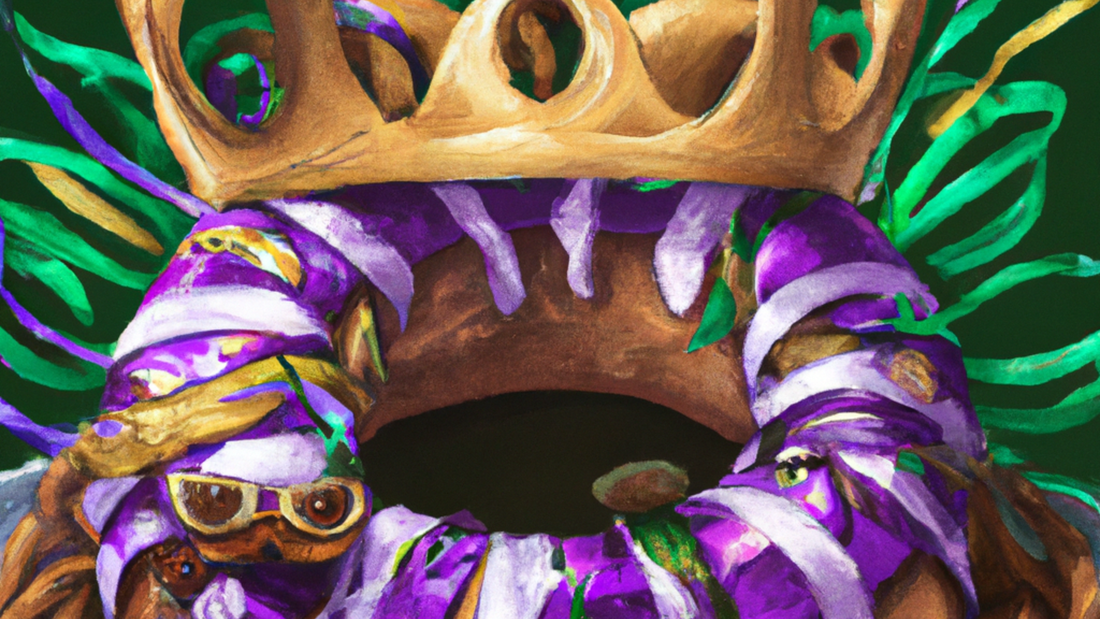 As many of the world’s citizens kickstart their New Year diets and forgo the excesses of the last few weeks, New Orleanians have very different ideas. With Twelfth Night coming round on January 6th, not only do the parades start, but the frivolous gluttony of King Cake Season officially begins.

Does any other city take its confectionery so seriously? Would you be deemed a social outcast in Madrid or Istanbul or Bangkok if you ate a slice of a particular cake outside of a specific time period? Is “you buy your cake at a chain grocery store” one of the most cutting insults you can level at someone in Brisbane? I’m going to guess not.

King Cakes never went away, but the pandemic-era Mardi Gras celebrations saw a culinary renaissance of sorts. Along with house floats, king cakes became a way of expressing Carnival season outside of costuming and parading. What we can enjoy now is an explosion of varieties and flavors, from purist old school institutions to new-wave innovations. From January 6th to Mardi Gras on February 21st, we’re living in a cake-filled paradise. A confectocracy, if you will.

There are way too many options to list, but to narrow down the hunt, here are some icing-doused highlights.

Basic batches: Look, we’ve all been late to a pre-parade party and - not wanting to show up empty handed - held our noses and bought a box from Rouses or Walgreens or some other mass-produced, bland simulacrum of a king cake. It’s better than nothing, but only just. These are the purple, green and gold polo shirts of the cake world. Thanks for trying, or something.

Hubbabaloo: The King Cake Hub (kingcakehub.com) is a one-stop shop for some 60 or so varieties of king cake. This year it is operating out of Zony Mash Beer Project on Broad Street, as well as at the Historic New Orleans Collection in the French Quarter. The party starts at 9pm on Thursday 5th, with the full menu available on Thursday Jan 6th, of course. Go and take a flight of king cake slices.

Ain’t dere no more, or is it?: We all miss Cake Cafe with a special fondness at this time of year, but thankfully their beloved goats cheese and apple king cakes live on, and you can bag one at NOCCA. Order online through NOCCA’s site for a designated pickup date.

Icymandias, kings of kings: Some king cakes, through longevity and high standards, have distinguished themselves from the herd, and are generally regarded as the most desirable. Any of the six standard flavors from Dong Phuong Bake Shop, the classic traditional cake from Hi-Do Bakery, the queen cake from Antoine's Famous Cakes, the McKenzie recipe-made king cakes from Tastee Donut, and (arguably) the gold standard - the classic from Manny Randazzo King Cakes, a local must-buy since 1965.

Trad but rad: European-style king cakes are much less ornate and traditionally come with less icing and gaudy colors. Many people love them, and you should look up the superior king cakes from O'Delice French Bakery, the variation on the classic French almond king cake from The Sweet Life Bakery, and the French king cake from Maple Street Patisserie.

Speciality turns: Some places have innovative king cakes that they’re famous for. Here are a few. The guava and cream cheese king at Norma’s Sweets Bakery. The Elvis (with peanut butter, bacon and roasted banana) from La Boulangerie. The bananas Foster and the nectar cream from Gracious Bakery. The completely vegan Bavarian cream, praline pecan, almond cream, or chocolate tiramisu by Breads On Oak. The Pink Parade (with Ponchatoula strawberry jam) at Brennan's. The Pontchatoula, filled with Bavarian cream, fresh strawberries at Maurice French Pastries, and the obviously incredibly healthy fried king cake at Joe's Cafe Coffee and Donuts.
MORE RESTAURANT REVIEWS!
Copyright © 2022