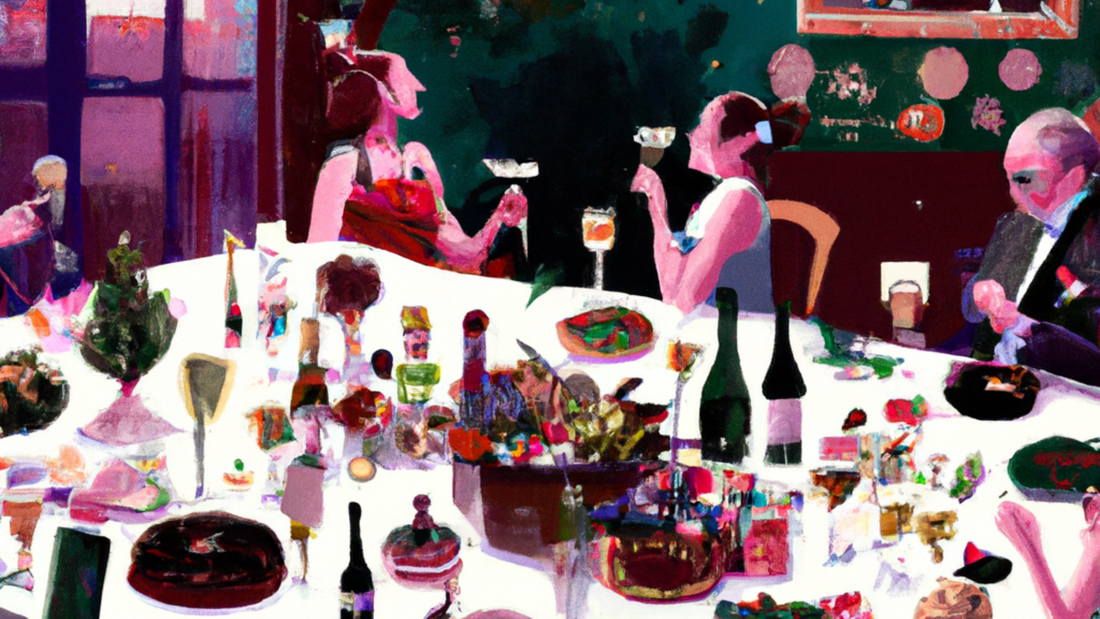 It shouldn’t come as a shock to discover that a food-obsessed city like New Orleans has its own festive culinary traditions. Reveillon dinners originated with 19th century Creole families, who would eat extravagant late dinners twice a year - on Christmas Eve and New Year’s Eve. They would serve special dishes such as sweetbreads, jellieds stews and rum-drenched cakes as part of the seasonal celebrations.

These traditions have been updated and repackaged by modern New Orleans restaurants, and the menus are typically available nightly from Dec 1st to the first week of January. Most places serve a mix of traditional and contemporary dishes, many with a French or Creole slant, and they’re largely offered on a pri-fixe menu.

Here’s our round-up of some of the best Reveillon dinners in town:

If you’re looking for the most authentic French version of a reveillon dinner, then Cafe Normandie at The Higgins Hotel should be at the top of your list. Chef Virgile Brandel brings his top-class credentials to a four-course prix fixe menu with some outstanding options. Among the highlights are oysters vichyssoise with wild American caviar, boudin-stuffed quail, rabbit rillette and confit of duck leg. The experience comes in at $84 and you can see the whole menu here.

There are six courses (for $135) waiting for diners at old favorite Commander’s Palace, with Chef Meg Bickford at the helm. The exact menu wasn’t yet available but last year she featured such exotic dishes as Rock Shrimp & Squash Bisque, Cherried Marrow Antelope and Foie Gras Figgy Pudding. Commander’s Palace Website.

Famous for their French Quarter jazz lunches, the popular Court of Two Sisters has a four-course Reveillon dinner for $50, making it one of the more affordable options. Expect Chef Chad Penedo’s options to include Turtle Soup au Sherry, Escargot in White Wine and Crab Meat au Gratin. Court of Two Sisters website.

Another good value choice can be found down Exchange Alley at The Pelican Club. Chef Richrd Hughes has come up with a contemporary take on the Reveillon tradition, and there are some good vegetarian and vegan options such as Pumpkin and Butternut Squash Bisque and Beet Ravioli. There’s also Escargot en Croute, Seafood Martini and Herb Crusted Lamb on one of the large menus. There are four courses for $64 and a nice lagniappe of a Bourbon-Spiked Eggnog. The Pelican Club website.

Tujague’s is the second oldest restaurant in town after Antoine’s, and so had had plenty of time to refine its Reveillon offering. A new location and relatively new Executive Chef in the shape of Gus Martin mean a new energy, though. Their four-course dinner ($64) has festive specials such as Shrimp and Goat Cheese Crepes and Pan Roasted Maple Leaf Duck. Tujague’s website.

Slight variations on the Reveillon tradition are taking place at Gris-Gris and Saint John, which are both celebrating the holidays with their annual Mangé Loa Holiday Menus. The  prix-fixe dinner menus (including a holiday cocktail) will be available December 1 – December 24. The Saint John Mangé Loa Holiday Menu offers three courses ($70, with an optional wine pairing for $35 extra), and includes a Soup Jamou (pumpkin and beef stew), Curried Lamd Neck and Sweet Potato Hand Pie. The Gris-Gris Mangé Loa Holiday Menu has three Courses ($65 with optional wine pairing for an addtional $35) and has Chicken and Andouille Gumbo, Pecan-Crusted Pork Chop and Pumpkin Cake. Saint John website / Gris-Gris Website.