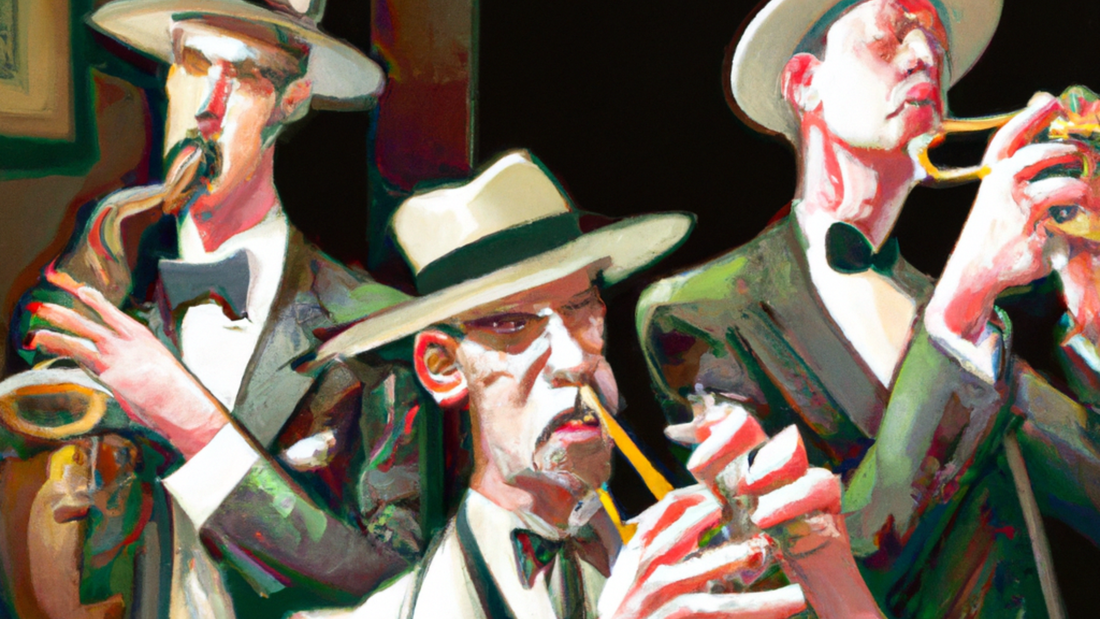 Out One Day: Conduct Yourself Accordingly
An occasional column of real life stories from New Orleans.

It's 1957, and world famous British conductor Sir Thomas Beecham is in New Orleans to conduct the New Orleans Symphony Orchestra. He's an A-list star in the classical music scene, and his name is known far beyond the tuxedo-clad heights of the world’s concert halls. He arrives with his wife, Lady Betty. She’s a concert pianist 29 years his junior. Yes, he’s a player as well as a conductor.

They arrive at the Maison de Ville boutique hotel on Toulouse Street. It’s a high-end bolthole for the wealthy and famous, and the duty bellhop - a young medical student -  shows them to their room. It’s one of the cottages in the courtyard, which they like. As the bellhop drops their bags, Sir Thomas turns to him and asks: “But who will do the unpacking?” Even though it isn’t strictly his job, the bellhop feels that he should do it, and unpacks the conductor's case, arranging his clothes in the closet and dresser, even down to the great man's socks.

One of the bellhop’s roommates was a big classical music fan, and had given him several 78rpm recordings, which he was hoping to have Sir Thomas sign. Fresh off his sock unpacking duties, the bellhop asks him. Sir Thomas agrees, and signs eight records, even using the exact wording requested when signing. The bellhop recalls him being a gentleman.

He and Lady Betty order a late lunch from the neighboring Court of Two Sisters, who are having their regular house band play New Orleans jazz in the courtyard for their customers. A little after lunch, the bellhop gets a call from Sir Thomas’ room. “This music is obnoxious,” he says. The bellhop says he’ll ask the manager if they can play more quietly, and after asking politely, the band agree. A few minutes later, Sir Thomas complains again. The manager of the restaurant says that they literally cannot play any quieter. This is relayed to Sir Thomas. “This is most unsatisfactory,” he sighs.

Sensing a situation that’s well above his pay grade, the bellhop calls the manager, who was on her day off. Her name is Madeline Ulrich and she is a firebrand of a woman. A real hot ticket. Without missing a beat, she just says, “Throw him out right now.” Taken aback, the bellhop  doesn’t feel as though it was his place. Madeline says she’s coming right over.

Madeline arrives and immediately knocks on Sir Thomas’ door. He answers. “I believe you’ve been complaining about the music,” she says. “Well, you are no longer welcome. You must leave immediately.” And with that, she turns on her heel and walks away.

The bellhop is left there with them. “We’ve never been treated like this!” says Lady Betty. The bellhop calls the Roosevelt Hotel and luckily they have the Presidential Suite available. “But who’s going to pack us up?” Beecham asks. Again, it’s down to the bellhop, who was in a good position as he knew where everything was, at least, having unpacked it just a couple of hours earlier. Two taxis (one for them, one for their luggage) are called and they are taken to the Roosevelt Hotel.

The next day, somehow it’s all over the front page of the Times-Picayune. “Sir Thomas Sounded Off Not Knowing The Score!”  The source, of course, is Madeline, who saw a chance for some free publicity as well as a way to have the final word, this juicy news item persuading many locals to boycott Sir Thomas’ concert.

There are some amazing quotes in the article (see photos, below), the journalist interviewing musicians and bartenders up and down Bourbon Street for their reactions. Some choice excerpts:

“Not a mother’s son the length and breadth of The (Bourbon Street) Strip reportedly turned out for the concert under the baton of the crusty Britisher.”

At his own concert that night, jazz band leader Sharkey Bonano announces that he’s dedicating the next song to Beecham, and leads his musicians into a rendition of ‘I’ll Be Glad When You’re Dead, You Rascal You’.

A local impresario, Hyp Guinle, related an incident with  jazz trumpeter Wingy Manone ,who was  sitting in with a classical orchestra and asked the first trumpeter to move up. The orchestra’s trumpeter says, "But you can't read music!" To which Wingy replies, "Yeah, but when the lights go out, I'll be the only one playing."

Singing waiter, Frank Faye, was equally vituperative (about Beecham), "He's no bargain, the schmoo! Let him work his side of the street and we'll work ours!"

“Louis Armstrong slayed King George, knocked out the Prince of Wales and brought the whole of England to their feet”, volunteered Curly Lima, head bartender at the Famous Door. “Who does Beecham think he’s kiddin’?”

Retold by Paul Oswell
​​
Newspaper clippings from the time - click to enlarge:
​Back to Stories
Copyright © 2022