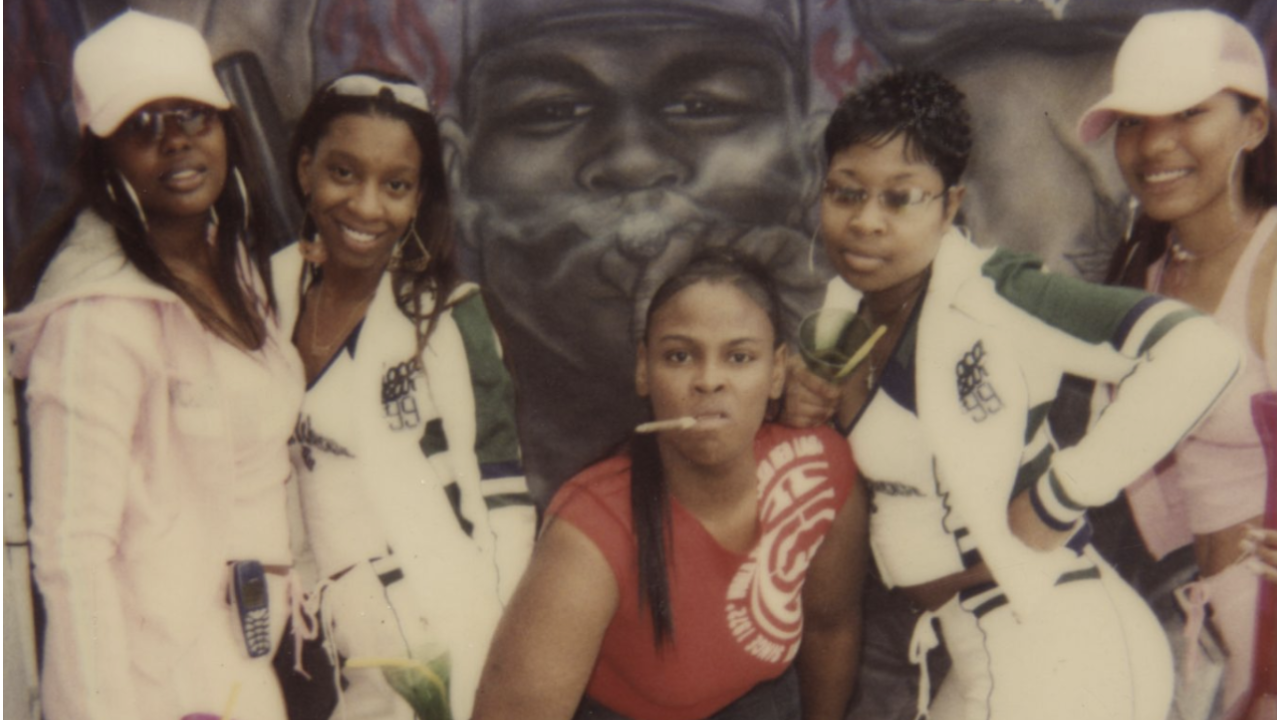 Picture Man: Portraits by Polo Silk
Out All Day talks to Jon Reynolds

Jon Reynolds is a local comedian and photographer, and as he grew up here, we wanted to get his insights into the kind of photography that Polo Silk made his own.

Out All Day: Was Polo Silk a known name around the city when you were growing up?

Jon Reynolds: I didn’t know about him specifically until a few years ago, when I started to take photographs myself. Some of these are from 1991, when I was only ten years old. But I’d definitely known about this style of portrait photography my entire life. You’d see it at Mardi Gras, or at any sort of school dance. During Second Lines, on Claiborne Avenue there’d be all these guys set up with these different backdrops, dozens of the, all the way up and down. This is before smartphones, of course, and you and all your friends would pose in front of whatever you thought was the best backdrop.

OOD: It was kind of an instant memento.

JR: Right. Back in the day, nobody had time to get film developed and that whole process, so all the photos were polaroids. That’s how it was until the mid-late 90s, and even then, the guys would be there with a folding table and they would just print the photos out straight away. You wanted it right away so you could show it off, and then you’d keep it in a physical scrap book.

JR: It’s like a time machine, you can see whatever was popular at that time with the backdrops,  such as Pokemon, or different hip hop lyrics. There’s also timeless ones like Malcolm X and similar figures, they’ll always be popular. But you can tell what year some of these backdrops were being used from the hiphop lyrics, just due to the words on the sheet. Get Rich or Die Trying is 50 Cent from the early 2000s. There's also lyrics from Puff Daddy albums, and from New Orleans rappers. You can also tell the general year by the hairstyles.

OOD: Seems like just about everyone posed for these.

JR: It was cool, it was memes before memes existed. There were certain things you were supposed to do in the picture, like if you had a cellphone, you would show it off, like we’re living the life with our cellphones, or spread your money outside in front of you. Bottles of liquor, status symbols, you’d show off your outfit, plus you’re showing people that you were there. It’s a memory. This guy has his car keys in his hand, some money in the other. That’s a great look! He’s only 21 or so, you have to show folk you have a car! I didn’t have that at that age!

OOD: I read that Polo Silk is a big fan of sneakers and he'd try and get people's shoes in the photos. Tell me about some of these 90s New Orleans fashions.

JR: The big shoes back then were Reebok Soldiers. Reebok probably had no idea why they were selling so many sneakers in New Orleans, but if you look at all the local rappers in the 90s, they were wearing Reebok soldiers. Those, plus Animal Ballys, Filas, white t-shirts, that 90s look. Polo, of course, was a really popular brand.

JR: Think about it. Polo Silk was going around without his own studio. He made a studio wherever he needed to make a studio. These backdrops would be everywhere. Nightclubs, school dances. Once smartphones started to have semi decent cameras, the market fell away for this stuff. If you go out in certain places today, there’ll still be a guy with a polaroid or a digital camera and a backdrop and a printer, it’s a thing that still exists to this day. You can see the transition in this collection from polaroid to digital as the 90s come to an end.

OOD: Local musicians seem to feature heavily on the backdrops.

JR: Local rappers were always a good backdrop. Juvenile was famous in New Orleans for a long time before he broke out nationally and internationally. He was known since like 1992, and he broke out about ten years later? DJ Jubilee is another locally famous musician, he kind of made bounce mainstream.

OOD: The demographic mix is great to see.

JR: I love the age range, there’s kids from like eight years old to 50 year old dudes, it’s all of black New Orleans, it’s just a thing you did. Here's one of Mark Morial (mayor of New Orleans from 1994 to 2002), just shows you it was all kinds of folk.

OOD: How does the collection strike you now, as a cultural artifact?

JR: You can equate these portraits with, say, the iconography of Renaissance paintings. People back then would hold up status symbols or these things would at least be in the picture. It’s the exact same thing, but it’s not influenced by that tradition, it’s independently created. Everything you’re wearing, everything you’re presenting is telling its own story.

Picture Man: Portraits by Polo Silk is part of the Called to Camera exhibit at NOMA. It runs until 8th January, 2023.
More info on the NOMA website
​
Copyright © 2022