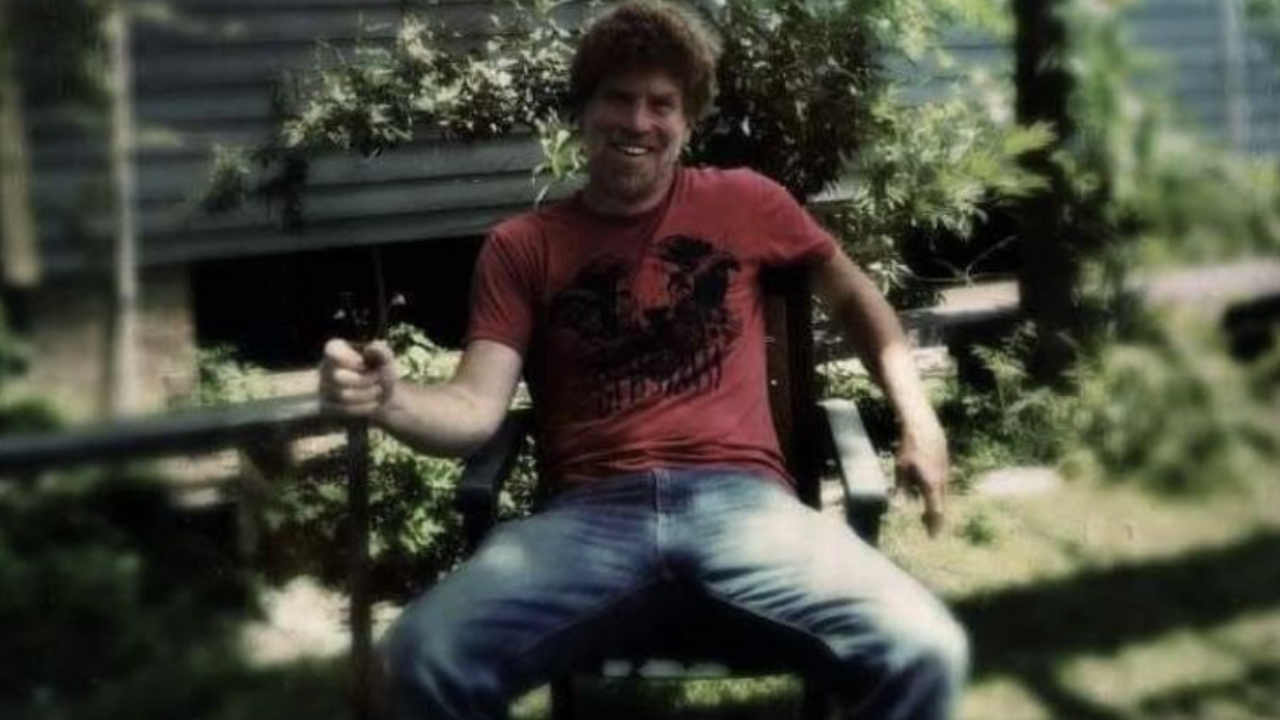 Out One Day: Zach George, Crisp Farms
An occasional feature documenting a day in the life of a New Orleanian

Zach George describes Crisp Farms as, "A place to reconnect to the earth and dispel the false notion of separation." Zach likes life. All life. From dragonfly to the guts of a shrimp eaten by a 9th Ward chicken. He sees the cycle, how nothing ever dies, and knows that this more than anything wakes him. Watch him find life in what grows in New Orleans and in himself. Find out more about Crisp Farms here.

The 9th Ward is a strange place to grow. About two months ago I lay clay pavers to make a border between sidewalk and street at the school garden. Come this morning to find most of them stolen.

I put task on task and struggle to finish. I feel this is all neverending. And it is.

I did stand atop the wood chip pile on Needle Street this morning and think that maybe T could be my right hand man even though he’s only fifteen. That even though no money is coming in I could pay him ten bucks an hour cash. I could show him that there could be money in this if we had enough people.

This morning I traded water lettuce for two guppies.

“One of them’s pregnant,” my neighbor said.

I asked if it could go in the aquarium outside. He said it’s not the heat that gets them, but the need for oxygen. So perhaps I’ll put some of my own water lettuce on the surface. So much more is possible. More ponds and more rain collection and more fish. And I wonder if the ducks would eat the fish or if they would be satisfied with bugs.

Did you know that dragonflies will hover on the high branches of the figs and eat the fruit flies that come by after birds peck holes in the fruit? And did you know that to beat the birds I must wake before dawn. I’m wondering if foil wrapped around some of the almost ripe brown turkey figs might deter the birds.

It’s hard to stick to a project. A different neighbor, before the guppies came, asked, do I still want the branches that somebody left in front of his house in a shopping cart? I tell him I’m trying to stick to a plan.

“Is that the moringa?” he asks.

“That’s black locust. This is moringa.”

“Can you eat black locust?”

I said, “You can, but I’m not going to. It’s good for fixing nitrogen, for chopping and dropping around other trees. How’s the moringa I planted in your yard?”

I ended up cutting him some black locust and showing him how to pop these cuttings into the ground. Then I thought I might as well do the same with tithonia. Knowing that’s the way loss of focus begins, I got back to my truck and headed to the school.

The birds sure are flap happy up in that fig tree. I watch from my window, right here, right now, and HOLY CRAP, a raccoon, on a branch, bending the entire thing, and I just came for starlings and skip tailed flat tailed something or other birds. Who would have thought I’d get a whole vision of a raccoon, and I consider more and enough and just what tomorrow might bring and whether T will show up on time, and then I think, when I was 15, I put a frog in a girl’s thermos and got fired from a detasseling job, so who am I to judge?