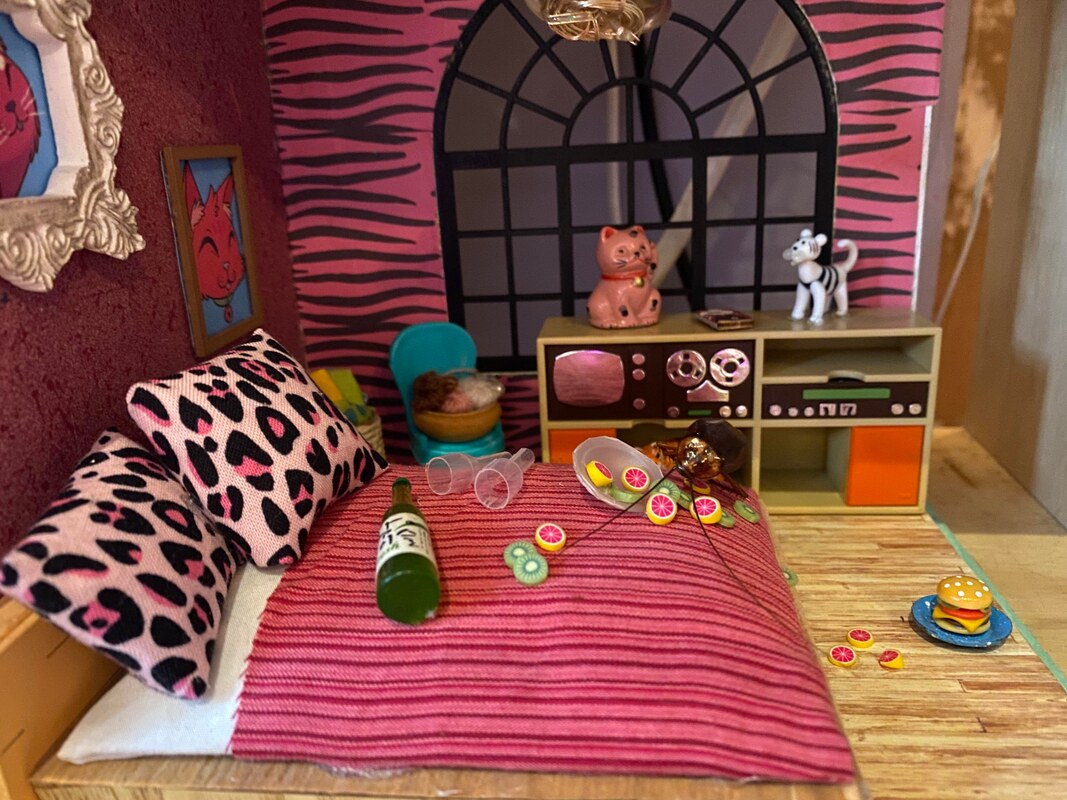 I’ve long had a fondness for esoteric museums. Back in the 1990s, one of my first journalistic assignments was to visit and report on the excellent Museum of Bad Art in Boston (“Art too bad to be ignored!”). There are lots of other weird and wonderful collections around the world, for instance the Museum of Jurassic Technology in Los Angeles, The Wellcome Collection in London, and the Museum of the Weird in Austin.

New Orleans has its own worthy addition to that canon, the small and proudly imperfectly-formed Bywater Museum of Unnatural History. Created by founders and curators Patty Burns and Jenny Blow, it’s a showcase of psychedelic dioramas, Victorian curios, creepy dolls, mummifications and taxidermy.

The idea began to percolate in 2017, when Burns, Blow and a group of friends had the idea to ask local artists, crafters and creators for eclectic artworks. This museum of oddities came together around 18 months later, though, with around 25 mixed media pieces. The venue now boasts some 85 exhibits, each as macabre as the next.

There’s a lot to take in, even though it’s arranged in a single showroom on Mandeville Street. Backlit boxes show off intriguing dioramas of apparitions of two-headed foxes, shoe weddings and rat birthday parties. There are crumbling, 19th-century dolls and figurines, mounds of teeth and eggo-themed sculptures.  The creations come at you like a fever dream, the lines between familiarity and surrealism blurring and shifting all the time.

The exhibits come from all over. Burns tells me that the curators will always consider donations, some are gifts or loans, and some are found in either thrift stores or in some cases, cast aside on street corners. “It’s kind of repository for dioramas and what we call ‘processed animals’,” she says.

A diorama contest last year brought in a number of new additions (26, in fact, 20 of which remain in the museum), the winner being a hollowed-out nut on a small plinth, with a tiny mirror mounted inside it. Visitors can peer inside to get a reflection of their eye, the piece being titled ‘You, In A Nutshell’.

It’s a real gang of misfits and eccentricities: a discarded, miniature carousel horse, a gumball machine filled with wedding cake figurines (“25c husbands”), a rack of insect-decorated chess clocks. Essentially this is potential nightmare fuel for about a month, but it’s much more playful and kitsch than sinister. That said, some of the doll faces really do stay with you, or maybe that’s just me…

The Bywater Museum of Unnatural History is located at 921 Mandeville Street, and is open Sundays 3pm-5.31pm or by appointment.
​See their website or follow them on Instagram. The next diorama competition is forthcoming this December, so if you’re interested, keep a lookout for announcements.
MORE REVIEWS!
Urban Enslavement Tour
Queen Neferati's Egypt
Copyright © 2022