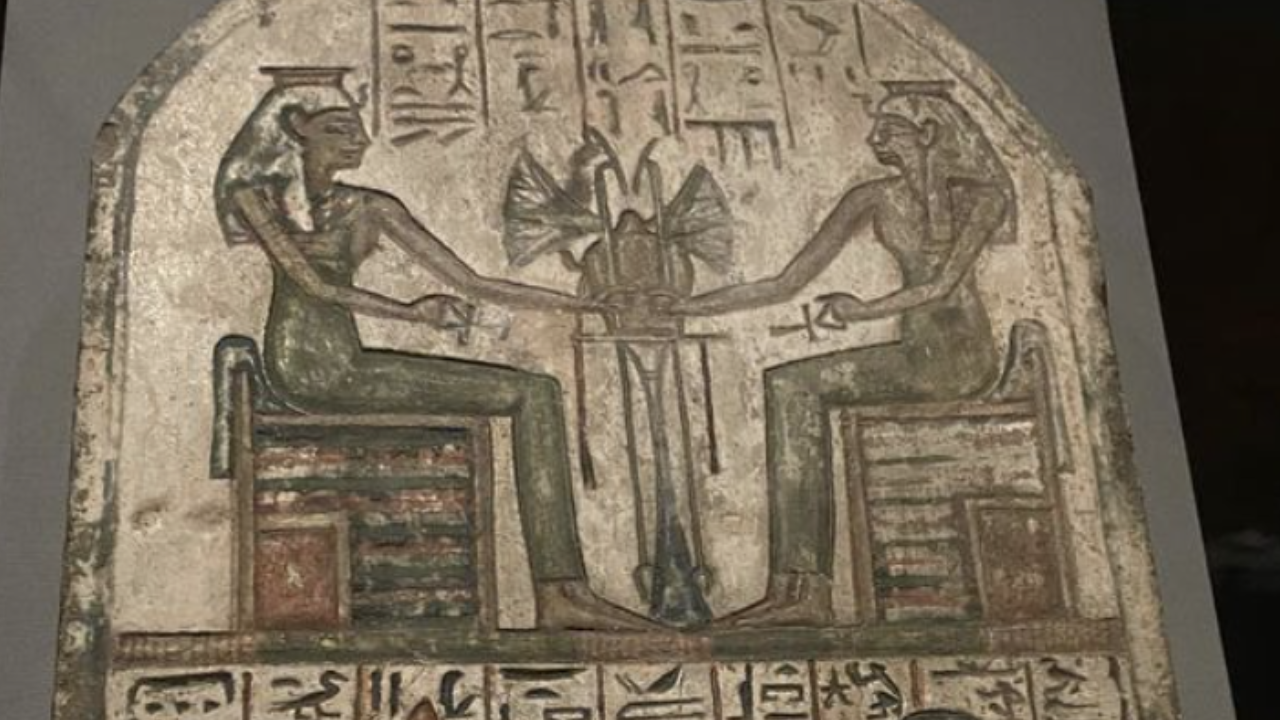 What’s your experience with really old stuff? I once sipped a cognac that was 150 years old and it was…well it tasted kind of dusty, but then I do have a pretty unrefined palate. When I lived in London, I used to drink in a pub - Ye Olde Cheshire Cheese - that was built in 1667. I didn’t feel the reverence of being in a place that served Charles Dickens and Samuel Johnson EVERY time I went in, and especially not after four pints of very cheap ale, but it was quite cool nonetheless.

Anyway, both of these things are complete youngsters compared to what’s on display at the New Orleans Museum of Art right now. The exhibition Queen Nefertari’s Egypt is a stunning collection of antiquities that date back to, oh, just the 12th century BC. So that’s…(does rough maths in head)...around 1400 years old? So. Yes. Pretty ancient.

"What’s going on with Queen Neferati?" you might well ask. Well, according to the official notes, Queen Nefertari was the royal wife of Pharaoh Ramesses II (who reigned 1279–13 BCE), and she is linked to some of the most magnificent monuments of ancient Egypt. Her tomb is the largest and considered the most richly decorated in the Valley of the Queens (and as you can imagine, that’s up against some pretty stiff competition). It was discovered in the early 20th century by a team of archaeologists led by Ernesto Schiaparelli, then director of the Museo Egizio in Turin, from where this exhibition is on loan.

The role and lifestyle of Nefertari and similarly powerful women in ancient Egypt are brought to life via some 230 exceptional objects on display here. These include statues, jewellery, vases, papyrus, wooden coffins, and stone sarcophagi, all in incredibly good shape given their age. I mean, I’m in my late 40s and I’m falling apart, but some of these artefacts are in near-perfect condition. What’s their secret? I mean, apart from being made of stone, obviously.

There are also tools and various items of daily life from the artisan’s village of Deir-el-Medina, home to the incredibly creative people who created the royal tombs. This exhibition isn't just a testament to the royal wives, sisters, daughters, and mothers of pharaohs (and the pharaohs themselves) but also to the artists who contributed to the creation of these stunning objects.

It’s very humbling to be in the presence of these ancient tombs and paintings and tools, and it’s a rare chance to see these items up close. It’s evocative, educational, and although you know your legacy won’t be as spectacular as Queen Nefertari (not even the Kardashians will have this kind of footprint, so don't feel bad), it makes you think about the span of human life, and you leave - at least, I did - with a changed perspective on art and history.

Queen Nefertari’s Egypt runs to July 17th at NOMA. For more information and tickets, click here.
MORE REVIEWS!
As You Like It at Tulane University
Van Gogh - The Immersive Experience
Copyright © 2022