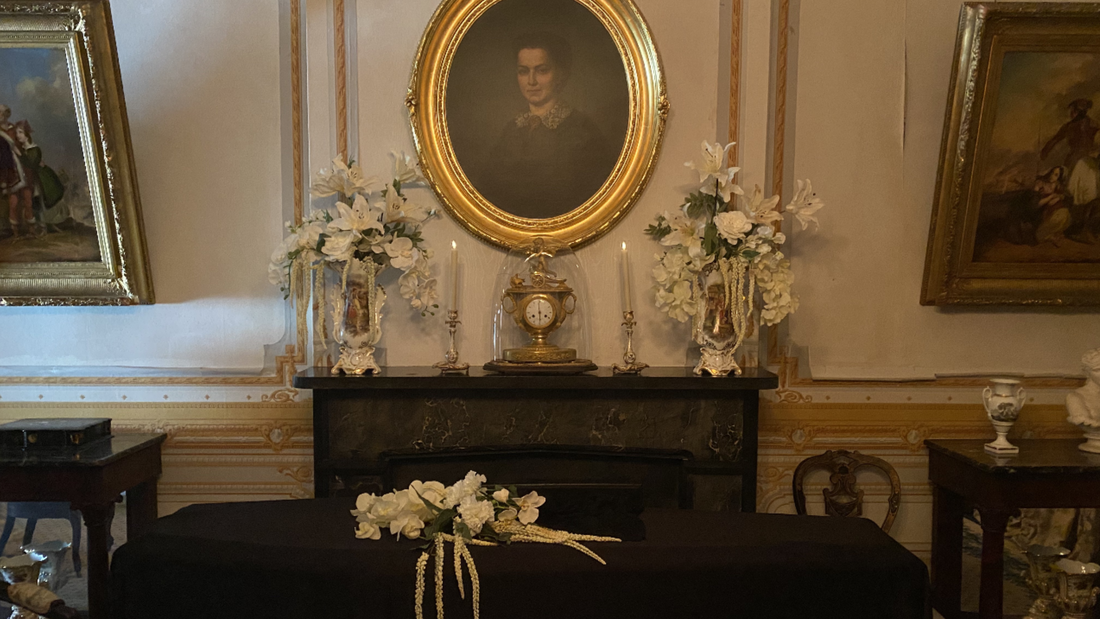 Paint it black: the parlor at Gallier House is set for a funeral
Creole Death and Mourning Tour, Gallier House

Modern New Orleans loves to brand itself with phrases such as ‘putting the fun in funeral’. This is an ethos that mainly involves the casual appropriation of specific death rituals which just happen to involve toe-tapping, tourist-friendly brass bangers.

Look, it’s not surprising that people are drawn to music and parades given that most Western grieving is so dour and with a focus on maintaining poise via the repression of grief. There are a lot of social niceties to observe when someone dies, and so a celebration of life where emotions can run free and laughter and musical expression are part of the proceedings can look appealing.

If you think funereal etiquette is strict now, though, the Creole Death and Mourning Tour at Gallier House illustrates a whole new level of rigidity. This was a time when macabre formality was observed among the middle and upper strata of the city’s Creole society, with fascinating traditions of past-mortem civility. The tour takes place at the Gallier House, a Victorian townhouse that has temporarily been given a solemn makeover, and just in time for Halloween.

The tour evokes the immediate aftermath of the death of James Gallier Jr, survived by his wife,  Josephine Aglaé Villavaso. The body lies in the parlor, inside a wooden coffin draped in black cloth. Embalming technology had yet to develop, and so funerals were conducted relatively quickly.

Standing around the coffin, the excellent guide explains the raft of rituals and conventions that must now be observed in polite society. A widow, for instance, must wear black mourning clothes for a grieving period of some two years, with only small variations of violet and dark blue allowed in the second year. Compare this with the more liberal six month observance expected of any men that might lose their wives.

As well as specific clothing (which the poor must also attain, using intense-smelling dyes if they could not afford black lace and the like), other accessories must be bought. A whole industry thrives at this time because of outbreaks of yellow fever and similar viruses. Black wreaths for the door, black-framed stationery and newspaper notices are just some of the immediate costs.

Some of these traditions overlap with general Victorian practices that people outside of New Orleans would mostly also respect. Some, however, are particular to Creole society. Bodies were often dressed in relative finery, with a relatively permissive approach - something frowned upon in other cities.

Hours of visiting, the amount of light let into the house, what media could be consumed, even the toys that the children would be allowed to play with - everything was regulated towards respectful grieving following a death, and there’s a lot to discover, from the clothing expected to how family meals might then be conducted.

It’s a somewhat eerie, but fascinating tour, and a window into a side of New Orleans’ life that has been superseded by jazz funerals and ceremonies of that ilk. The tour is complemented by a photo exhibition by local talent Brittany Markert. She works with period photography equipment to produce beautifully ethereal works that work immaculately in the setting. It’s a seasonally-appropriate tour that fans of the morbid won’t want to miss.
MORE REVIEWS!
As You Like It at Tulane University
Queen Neferati's Egypt