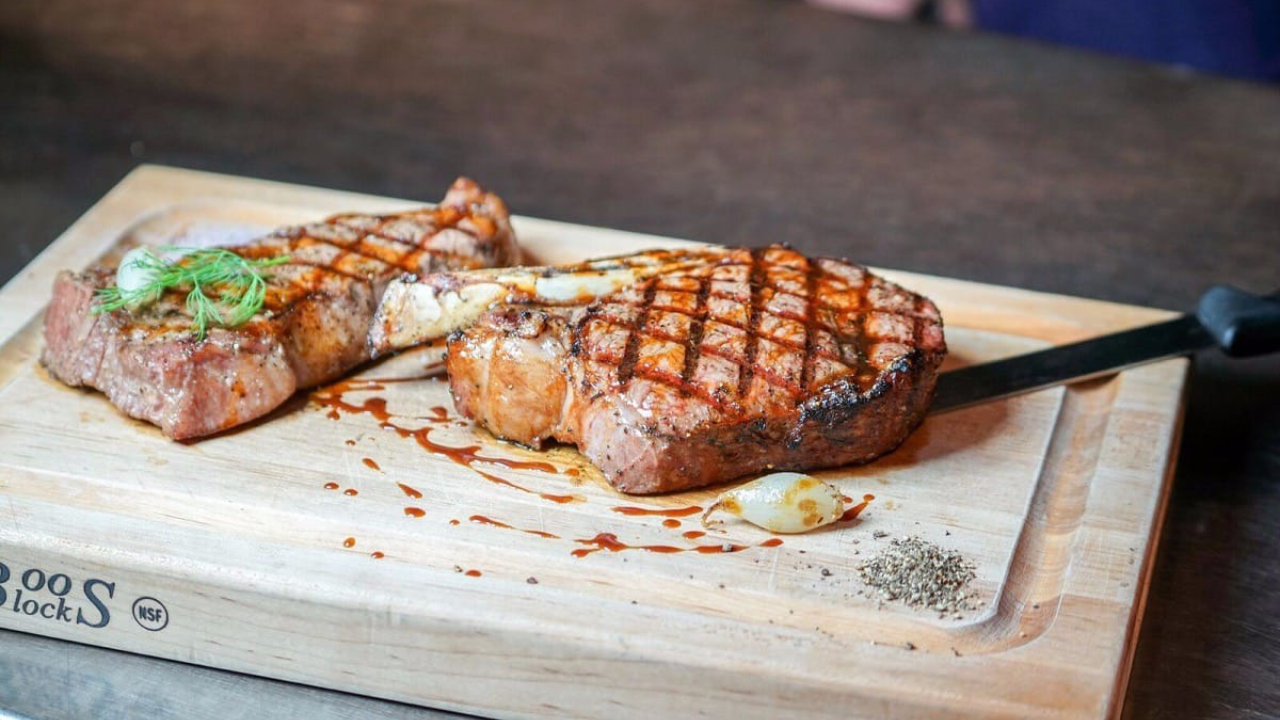 I knew it was a mistake as soon as I opened my idiot mouth.

OK, OK, I knew it was rude as soon as I asked our server, Rebecca.

“That girl hates you now,” said my dining companions as Rebecca left.

I knew as soon as I said it. Even two cocktails in, there's no excuse. I lined up my most sincere apologies for the next time she came to the table, and dove back into my Classified Cut, a nonchalantly great slice of cow. I’m not a steak guy, more steak-curious, really. As good as the steak was, though, it wasn’t the best thing we had.

Here’s all the story of Doris. It’s pretty random, and I mean actually random rather than how young people mean it. Owners Ben Eli and Rebi Chia started off with a high-end butcher’s in Israel. They have two restaurants there, one in Costa Rica and now one here in NOLA, which was (thankfully) snatched from the jaws of Miami thanks to a chance visit. Sorry, Florida.

Their menu straddles the USA, the Middle East and Central and South America. It’s a confidently global affair. Their USP is that they’re the only show in town that dry ages their beef. Now, it doesn’t mean much to me, but it’s an expensive, time-consuming process – and one that you can watch through the glass cabinets. It’s not exciting, watching beef dry. But it’s worth a glance.

The thing that made our evening, though, was…oh, before that, props to the sommelier, who pitched us a light and bright red wine that landed plum in the awkward split of our steak, fish and chicken entrees with casual aplomb.

Alright. The star of the show, amid a flock of contenders. I hope the meat-lovers don’t take this the wrong way, but, honestly, it’s the Beetroot Supreme. Supreme is the word. We shared this plate and kind of immediately dissolved into a grinning mess. The beets are presented with a cheese and walnut filling, some crème fraiche and in case that wasn’t ridiculous enough, there’s a cream made from marscapone and nuts. Don’t question its supremacy. Just don’t.

The dining room is intimate and buzzy and sectioned off but you still get a sense of the whole space. It’s tastefully dark and though we’re edging into high end territory, it doesn’t have the stiffness of the upper echelons. It has that French Quarter casual thing going on, which is lucky as it’s slap in the middle of the neighbourhood. The staff seem to hit that sweet spot of friendliness backed by professionalism and confidence in the menu.

Oh, and Rebecca graciously forgave me. At least, she said she did, which is still extremely gracious. I still felt like an idiot for being the most predictable bore in the room, but, you know, tipping heavily means never having to say you’re sorry. Actually, you still have to say sorry, too, but the tipping doesn’t hurt. It was all smiles in the end. I'm a dummy.

Doris feels like a happy accident – I mean, it’s accidentally not in Miami and in the end, I think the New Orleans restaurant scene can be said to be all the better for that.