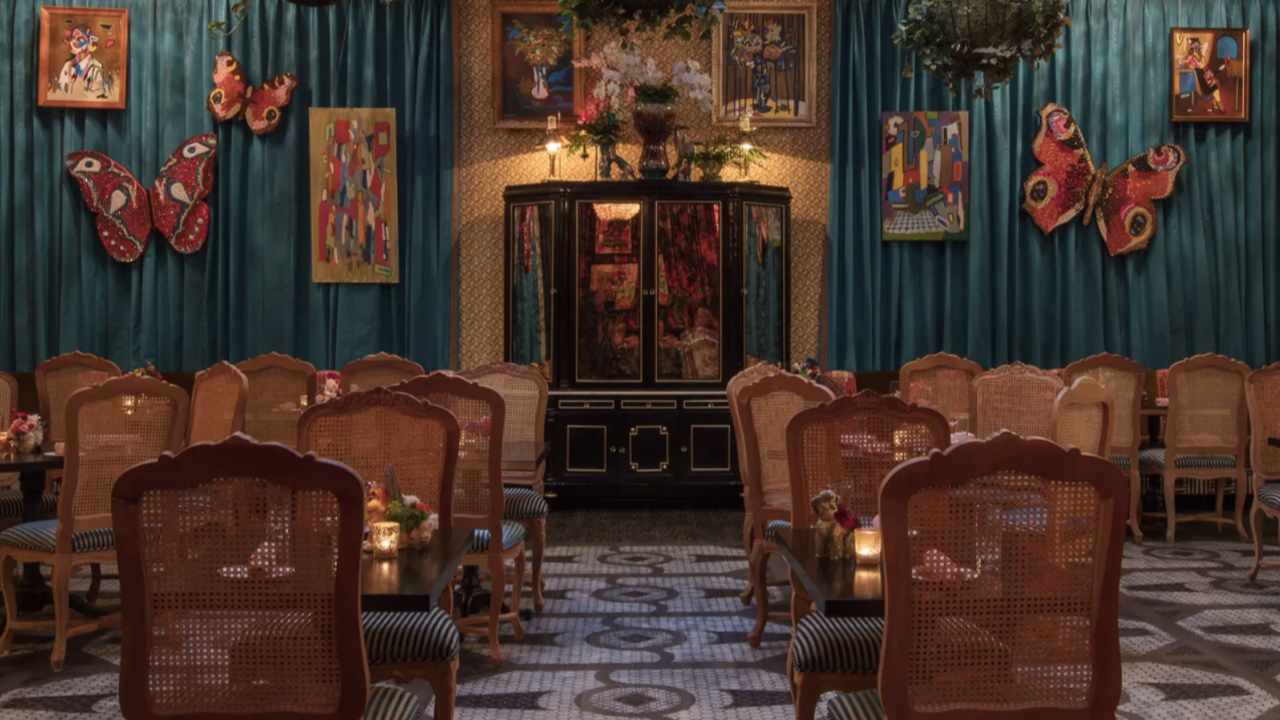 Jack of all trades: The dining room at Jack Rose in the Pontchartrain Hotel
Jack Rose

After living here for just over a decade, I’ve come to realize that the Lower Garden District acts as a kind of decompression chamber between downtown and uptown. Long-time locals will no doubt throw things at me for suggesting this, but I still feel that New Orleans is a less clique-y city than many that I’ve been to, and in the LGD I’ll suggest (please don’t hurt me, I know you were born here and I don’t know anything, I admit it) the social mix is sometimes at its most visible.

Anyway, long story short is that I like a lot of places in the neighborhood. One of those places is the Pontchartrain Hotel, with its rooms touting Mad Men-era glam and arguably the best views in town from the rooftop bar, Hot Tin. I went to the old hotel restaurant, The Caribbean Room, once. I left in semi-disgrace after I ordered a bottle of wine and the server misheard and I didn’t check when they brought it to the table and anyway, the upshot was that I spent about $250 more than I wanted to on a bottle of wine and it was an awkward scene when the bill came. Good food, though.

It’s now called Jack Rose, redesigned and ready for me to return, this time without any confrontation. If you haven’t been, the experience starts before you arrive at the restaurant itself. A large, plush lounge with oversized, colorful portraits of pop culture acolytes and local scenes welcomes visitors, including the huge portrait of Lil Wayne that everyone takes a photo with. It’s the law.

It’s a visually exciting start to any night, but thankfully there’s nothing anticlimactic about being shown to your seat, either. Three large dining rooms offer their own takes on casual opulence, with brocade, chandeliers and fine art. The place stops short of stuffiness, though, and there’s a welcome tongue-in-cheek element to the aesthetic.

It’s a hotel restaurant, so yes smarty pants local it’s not the full range of the social demographic I like the LGD for, but it’s not completely generic. Young couples have spruced themselves up for a date night, small groups of colleagues or families have commandeered the bigger tables for various celebrations, and single hotel guests come down to eat in as casual clothing as they feel they can get away with. It’s New Orleans, so pretty much anything goes.

The bar has a selection of notably light and refreshing cocktails, mostly vodka, tequila, and gin-inspired. The signature, the Jack Rose, is slightly more more robust, mixing whiskey and apple brandy with egg white and some fruit flavors. The Disco Punch is a tiki-flecked creation that is served in a modified disco ball. The wine list is solid, with good by-the-glass options, and there’s a raft of beers to choose from, local and otherwise.

The menu hits the sweet spot of offering a good amount of choice without being overwhelming. The cuisine is Cajun-tinged contemporary American with cheeky jaunts into Italian classics informing a few of the dishes. Appetizer highlights include the shrimp and artichoke fregola, and the intriguing crab and corn flakes, while the duck and andouille gumbo is dark enough to please locals but does throw in tomatoes, which is a divisive local move. Entrees range from the incredibly comforting chicken Parmesan to the more refined redfish amandine, a good reflection of the restaurant’s appeal to all levels of formality. The must-have dessert is the constantly-photographed Mile High Pie, a teetering, layered confection.

The juxtaposition of portraits of rappers mixing with fine art landscapes is a good visual metaphor for the general ethos of this uptown/downtown hybrid restaurant. The team isn't afraid to be mischievous but this is backed up with appropriate reverence for well-loved classics, and it doesn’t feel pretentious or gimmicky. It feels elevated enough for a special occasion but you can also drop in if you’re in a guest room and don’t want to leave the property or put on a button-up shirt. Their lounge being one of the most-photographed places in the city, it’s no surprise that the goodwill spills over into the restaurant, and for a special occasion dinner, it definitely has universal appeal.