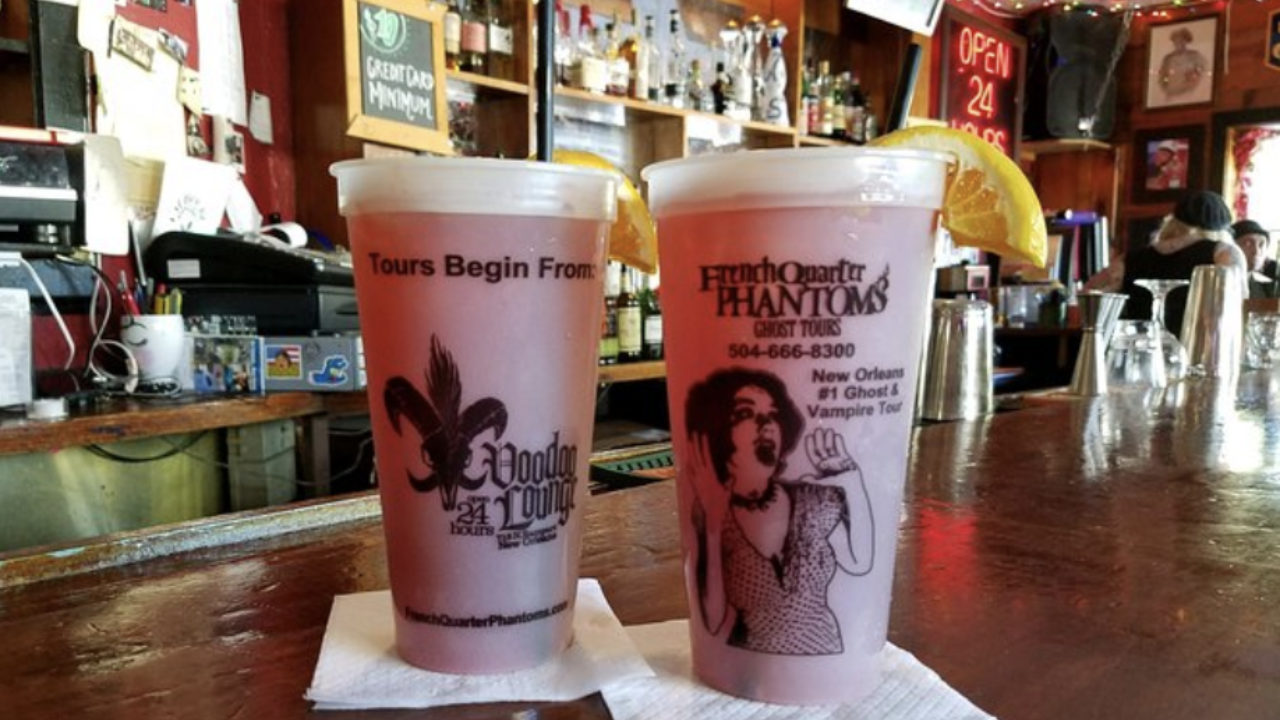 I always thought that ‘Sin City’ was a mis-ascribed nickname, that Las Vegas, for all its hedonistic claims, doesn’t really deserve it. Let me explain. Compared to New Orleans, Las Vegas touts its hedonism loudly – “Come and do shots as you throw a seven at the craps table and walk off into the night, pockets bulging with banknotes, legions of exotic strangers vying to be invited back to your garish suite,” it says, waving at you while wearing a weird shiny suit and gesturing suggestively with matchplay casino chips.

But in Vegas, fast living involves every choice being to some extent choreographed, tightly controlled and charged to your hotel room at buttock-clenchingly high prices. The tourist experience – as exhilarating as it may be in parts – is a generic one. It’s a prescribed Las Vegas Experience, join the line on the right to buy tickets and yes, that’ll be 19 dollars for your frozen margarita, don’t touch anything and thanks for playing.

If Las Vegas is a theme park of indulgence, New Orleans is more like a national park, where hedonism can be seen in its natural habitat, gratification is allowed to develop organically, extravagance enjoys a healthy conservation programme and eccentricity is not quite yet an endangered species. You know...Free Range hedonism.

But why is New Orleans like this? For that, as with so much in this city, we must look to its history. Enter the Saints and Sinners tour by French Quarter Phantoms. FQP are one of the larger tour groups in town, and this is one of their more niche tours, one that dives into the seedier side of the city’s history in a way that the regular ghost and cemetery tours don’t. The tour was originally written by Sandy Hester, and it's a great testament that the tour survives even though Sandy has moved on.

We meet at the VooDoo Lounge on Rampart Street in the early afternoon. There’s maybe ten of us, and I’m the only local with mostly middle-aged couples from the midwest plus a couple of kids in full-out goth regalia from Alabama. I’m always impressed by the commitment to the goth aesthetic in summer in the South. It has to be challenging, but this young couple are a couple of raven-clad champs.

Our guide, Bobby, has the fuzzy aura of a burgeoning hungover, but he’s powering through and in any case it seems completely appropriate. He starts the tour with a warning about lewd language, which makes me think he’s going to be edgy just for the sake of it, but those fears are misplaced. Sure, some of the stories stray into bawdy territory, but honestly there’s nothing offensive or overly profane.

Bobby obviously knows a lot about the history of the city, and he’s not shy on mixing in general knowledge gems in between the more lurid stories. He’s a jovial, expressive guide who knows how to weave the tales of mischief with the wider historical points that give the juicier morsels some context.

If you’re from here, you’ll know a lot of the more general history that Bobby has to talk about to set up the stories, but there are details and more esoteric historic nuggets enough to amuse locals. There’s around a mile to a mile and a half of walking over two or so hours, with a break at a local bar half way through. It’s a slow, meandering pace, and it’s easy going all the way.

Learning how the more hedonistic parts of the French Quarter had their origins was an eye-opener. The revelry of Bourbon Street, for instance, has its beginnings in bars that were opened to accommodate opera-goers when the first opera house operated. Honestly, the ‘Saints’ on this tour are far and few between, with the bravery and commitment to fairness of Henriette DeLille (a black Catholic nun in the 19th century) given some well-earned respect.

The sinners come thick and fast, though, from brutal pioneers to corrupt politicians to those who would exploit sex workers in the city’s famous ‘Storyville’ neighborhood. It’s a heady mix, and one delivered entertainingly and even-handedly. Guests looking for shock value or controversy might be disappointed by the substance of this tour. While there are some gory details, it’s not really going for outright sensationalism. There’s a very decent amount of local history divulged, with great facts about the city’s very early days and scene-setting tales of the local burlesque scene, pirates and some of the more unsavory  characters that possibly don’t crop up in most history tours.

Serious when it needed to be and lighthearted when it could be, the group seemed entertained, from soccer moms from Kansas to the goths from Alabama, which is a challenging demographic range to win over, but Bobby and his rogue’s gallery of characters managed with aplomb.